Although most dictionaries still list cobblers as being menders of shoes, common usage has twisted their role to being makers of them. The meaning of the word changed in the mid twentieth century, originally shoemakers were known as cordwainers. The cordwainers established a guild in the medieval period and woe betide any cobbler who overstepped his brief.

Historically shoes were an expensive item which warranted repair so cobblers patched and soled and latterly re-heeled shoes, these days very few people bother to have more than new heel tips put on their shoes hence the rise of the heel bar.

The often visible nature of the cobblers art gave rise to several idiomatic phrases such as;
Cobbled together meaning made badly of anything to hand or
Load of old cobblers (or simply Cobblers!) meaning rubbish or that the person was telling a tall story.
Let the cobbler stick to his last meaning stick with what you know. 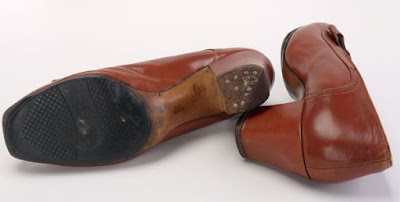 Mending in World War Two
A rubber Philips sole has been added as a preventative measure and only a quarter of the heel has been replaced to conserve materials. 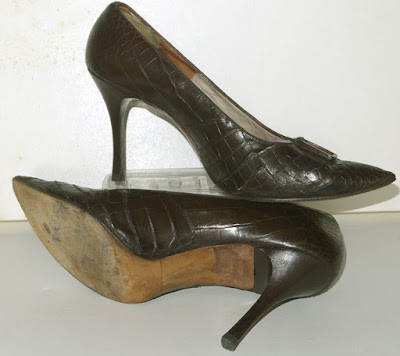 1960s. This pair has had the whole heel replaced not just the tip. Judging by the condition of the rest of the shoe which has been reglued where the crocodile has cracked they were obviously a much loved pair.

Rayne is closely associated with Diana Rigg's character Emma Peel in the Avengers. They made several pairs of black and white shoes and boots to complement John Bates's costumes for the second half of the 1965 b&w series.
As is usual with TV feet are often cut off the bottom of the screen, so you never get to see them very closely.
Here however Emma has to change her shoes due to the plot - Steed has crashed his car and they must walk to the party in the episode. The Hour That Never Was. Shot July 1965, aired November 1965. 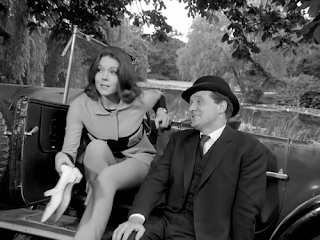 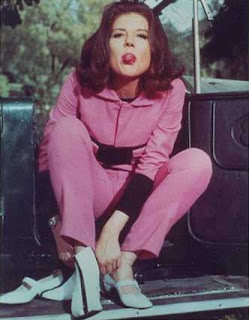 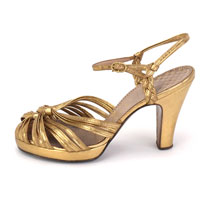 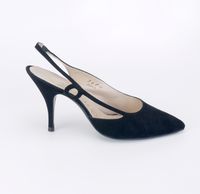 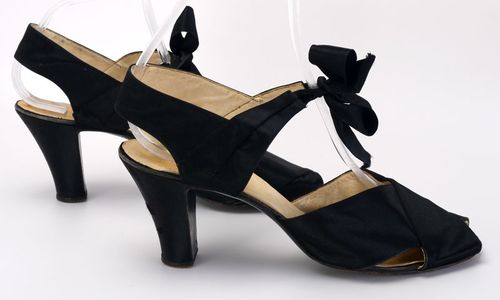